Tahlequah Attorney BlogWhat Is Domestic Assault And Battery In The Presence Of A Minor In Oklahoma? 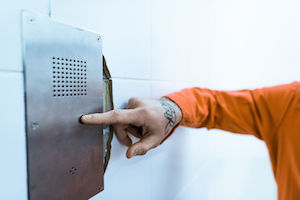 When relationships are troubled, all too often domestic assault and battery can occur. Things get out of hand and when emotions are running high. Sometimes, it can be hard to sort out the issue of fault in these situations. Domestic assault and battery in the presence of a minor is a crime in Oklahoma. When a person is charged, it is important to understand how to build a strong defense.

Domestic Assault And Battery In The Presence Of A Minor Defined

Thus, Oklahoma law defines domestic assault and battery as the threat of force or violence and the actual use of force or violence upon a member of the household. A household member can include a spouse, boyfriend or girlfriend, former boyfriend or girlfriend, roommate, parents, a former or current spouse or partner, or any other family member. It can include an elderly parent or grandparent living in the family home. Okla. Stat. tit. 21 § 644

When that domestic assault and battery happens in the presence of a minor, the crime is a felony in Tahlequah.

Here is one way that this crime may occur in a household. A husband and wife are discussing finances after dinner. Both have had some alcohol with dinner. The children are in their rooms near the kitchen.

The discussion gets heated, and one of the spouses starts to shout and threaten the other. The argument becomes physical, and the children hear. Even though the children have not seen the assault and battery, they have heard it, and that is enough under the statute.

The crime occurs when the child sees or hears the assault and battery, or when the perpetrator believes that the child is within the immediate area and may see or hear the act.

Defenses And Elements Of The Crime

Defenses are often born out of the failure of the prosecution to prove an essential element of the crime beyond a reasonable doubt. Facts or evidence that tend to disprove elements are critical to a defense. Here are the elements of domestic assault and battery in the presence of a child:

For example, if a couple is arguing and one turns around suddenly without realizing his spouse is in the way. That could result in an unintentional battery.

The assault and battery must also be unlawful. If a person is acting within their legal rights to protect themselves or another person, that may rise to the level of a defense depending on the circumstances.

Discuss all possible defenses with your Tahlequah attorney as soon as possible. Even small facts can make a big difference in crafting a defense.

Penalties for this crime increase with subsequent convictions.

You could spend six months to a year in jail, pay a fine of up to $5,000, or both for a first-time offense.

However, a subsequent conviction for domestic assault and battery in the presence of a minor is punishable by one to five years in prison, a fine of up to $7,000, or both.

In addition, the judge will certainly order a defendant to attend individual or couples’ counseling (or both), anger management classes, or substance abuse treatment or classes if substance issues are part of the mix. Okla. Stat. tit. 21 § 644

The court may also order one or more review hearings to ensure the defendant has complied with all court orders. Failure to comply will result in further ordered services, or the revocation of any suspended or deferred sentence or probation.

Suspended And Deferred Sentences Can Help

It is possible for the court to order a deferred or suspended sentence in a domestic assault and battery case. These can be helpful. A deferred sentence delays the proceedings without entering a judgment of guilt. The case is later dismissed if the defendant complies with all court orders.

Please contact a Tahlequah criminal defense lawyer to discuss your available legal options if you are facing charges for domestic assault and battery in the presence of a minor in Oklahoma.

Or, if you prefer e-mail, you may enter a legal question in the form at the top right of this page and we’ll contact you by e-mail as soon as possible.